Chorus (with and without accompaniment)

I like to create heartfelt contemporary classical art music or concert music. The creative diversity that exists here has always been of great interest to me. I feel an artistic freedom in this genre despite all its rigors/discipline. My appreciation for contemporary classical art music and my eagerness to always improve my craftsmanship is an integral part of my music making process. 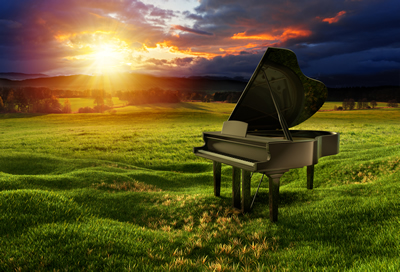 I am not entirely adverse to writing adventurous music even avant garde so long as the message conveyed is kind. I must admit that I am prone to a lyrical and a more readily understandable music aesthetic. With that said, it may be noteworthy (pun intended) that I mention my early exposure to American Gamelan music (both Javanese and Balinese). This "new music" genre was instrumental (pun intended) in shaping my less than traditional creative aesthetic and influenced me greatly in the development of my own voice and my own stylistic approach to composition.

I would never consider my music representative of the "conservative side of things" or "at the cutting edge" of modern contemporary classical art music. I would not consider myself as being "middle of the road" either. If anything, the forms of my compositions are transparent and simple, the phrases asymmetric and for the most part, the incorporation of dissonance is oftentimes deliberately compassionate. Ideally, my music is intended to please the listener's ear not upset it. Reason being, I know life or my life or my existence to be a wonderful beautiful gift. I have no complaints. So then, why should the character and/or content of my music be any different. 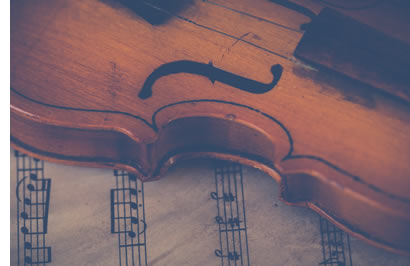 I prefer my compositions to reflect my love and respect for life, for nature and to some extent tradition and the ideal of good craftsmanship, which is ever-present in the history of Western art music. And though I admire the historical perspective and I respect the brilliant advancements made by progressive innovative thinkers, I must comply first with my own feelings about the creation of new music and the posterity of the "Here and the Now." By this I mean that the present or today is very relevant to me. The present or today is my real home. It is where I actually live my life. So, with regard to music, I cannot let myself be rooted in the past or contemplative about the future. Life, existence, my well of inspiration is only a reality for me in this wonderful place and time called now or today. I know this is confusing because tradition implies the past. It also implies the "tried and the true." I prefer change that is slow and almost imperceptible rather than change that is sudden and reckless. 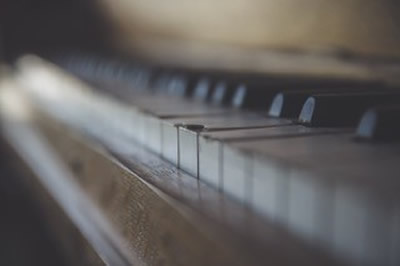 I strive to make each composition of mine creatively independent. Stylistically I prefer each piece of mine to be unlike any of its predecessors. For example, I have always in earnest admired this creative aspect of the music of the Beatles. I know that if I were to tout a stylistically singular approach to composition it would make my life as a composer much easier. I am not interested in doing that. I prefer the variety and the work it engenders.

I feel much more "at ease" when I am writing music per se, as opposed to when I have to create some sort of new sound. I'm not implying that a musical work of art employing its own set of rules cannot come from compositions that incorporate a predominance of extended techniques. Nor am I implying that compositions emphasizing extended techniques are lacking in any special interest. I'm simply stating that personally I feel much more challenged and inspired by the prospects of creating new music than by the prospects of creating new sound. 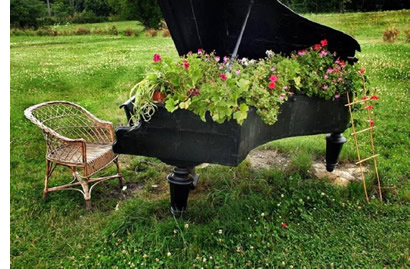 I hope that I am not giving a distinct impression that I advocate any kind of conservatism whatsoever; I respectively do not advocate conservative music. On the other hand, I do not advocate or feel attracted to the extremist avant grade either.

I am more interested in and care more about expressing solely my own heartfelt feelings rather than anything else.

I do not feel drawn artistically to the domain of innovation. Innovation is a healthy thing I agree. However some innovation in my opinion, can distract a composer from expressing what's truly important, that being ones own likes and dislikes and one's humanity.

If someone were to ask me, "Why exactly do you compose music and what exactly are you trying to accomplish?" My reply would have to be that I write music because I love to, and the only thing I am trying to accomplish is not to waste or squander this time, this opportunity I have been given to create new contemporary classical art music inspired by my own heart living in this incredible place called today.

I am a member of NACUSA (National Association of Composers USA) website: www.music-usa.org/nacusa

I am a member of BMI

Ich Have Bamboos Geschniten (I Have Cut Bamboo)

*Note* All three of my self-produced cds and their individual tracks are available through both iTunes and cdBaby. iTunes: www.apple.com/itunes CDBABY site: www.cdbaby.com

Visit "Timeless Today" for an introduction to Prem Rawat and his message. "Life is really what matters"

Visit "The Prem Rawat website and learn about Prem Rawat